Update: “The Stage” is online.

Today, a new video has been shared by Avenged Sevenfold Brazil on Twitter, that would be a new single from the new album of Avenged Sevenfold. It’s titled “The Stage”, can be published very soon. Check this out below. 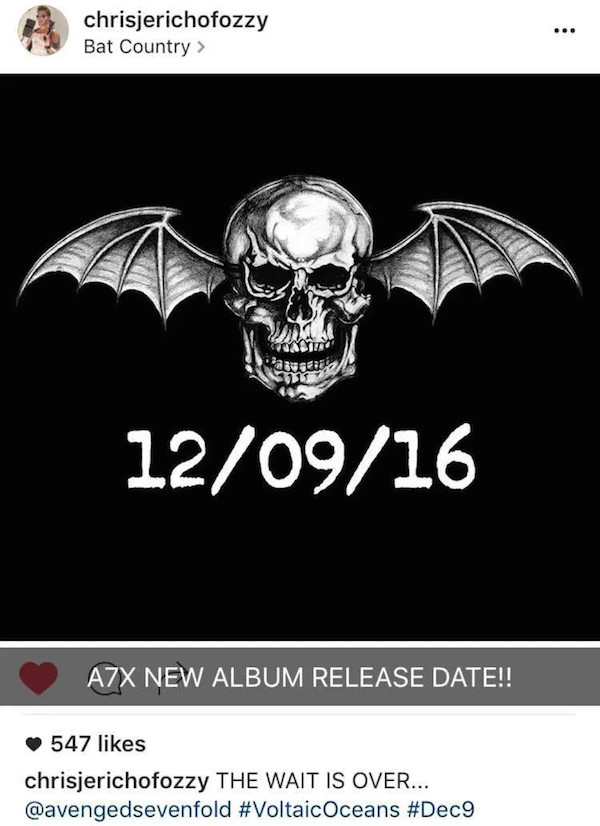