Megadeth frontman Dave Mustaine announced the date that Megadeth would start recording for the new album.

Dave Mustaine said that Megadeth will return to the studio in the middle of next year. He revealed the statement on Twitter as follows:

“We haven’t started recording anything yet, I am collecting ideas just like I did on Dystopia.

I work in the studio all the time. Do yo mean for the new record? That will be prolly the mid of 18.”

Dystopia, Megadeth’s most recent album, was released in 2016. Its title track won Best Metal Performance at the 2017 Grammys. 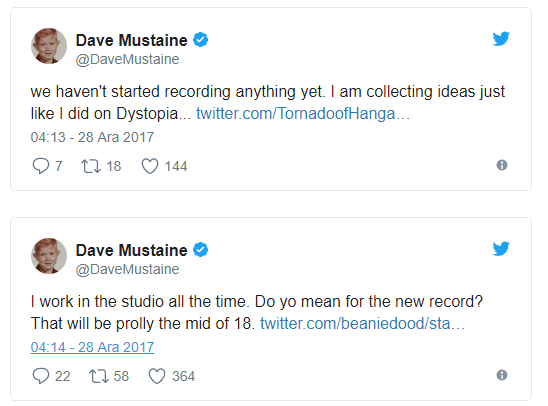