Sludge metal band DEAD IS DEAD have teamed up with Decibel to stream the entirety of their new album Constraints of Time. The album will be released next week on vinyl and digital formats via Triple Eye Industries. 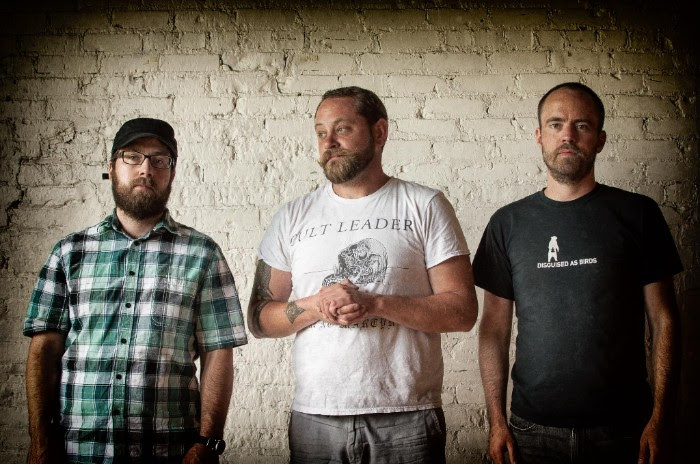 Dead is Dead write patient songs with a metallic edge with a slight lean towards the darker side of post rock. Comprised of guitarist Eric Madl, bassist Nick Sheppard and drummer Mark Sheppard, Dead is Dead create patient and moody post metal, trading in the uniformity and unabashed Black Sabbath influence of their contemporaries for something far less gimmicky and far more organic.

While no doubt influenced by some of metal’s finest pioneers in sludge, one cannot deny the similarities Dead is Dead share with Forstella Ford, the defunct but legendary former band of Nick and Mark Sheppard. Forstella Ford were masters of blending the aggressive with the melodic, the simplistic with the angular, the abstract with the accessible. While some of these qualities are less obvious in Dead is Dead‘s music, Dead is Dead certainly possess a spaciness and sonic width that greatly recalls certain moments of the now inactive band.

A solid rhythmic foundation coupled with spacious guitar work and tastefully impassioned vocals, Dead is Dead manage to not stray away from the metallic side of the genre while still incorporating less abrasive elements into their songwriting. The slow crawl of album opener “Faults and Failings” opens with an open and spacious clean guitar, patiently building for the first minute before exploding into a ominously fuzzed out lead. “Reproach of Man” features a lead that certainly recalls Forstella Ford, hyponotic and angular. “Pull Down the Cross” finds the band trading in the sludge for something a bit more upbeat, and do so with grace, Album closer “Earth as it’s Slowly Consumed by the Sun” clocks in at nearly ten minutes, eventually showcasing the band’s only foray into groovy stoner rock-esque riffage.