Nitro was formed in 1987 by vocalist Jim Gillette, guitarist Michael Angelo Batio, bassist T. J. Racer and drummer Bobby Rock. The band breakup in 1993. After 23 years, Nitro is back again.

It was announced that Gillette and Batio had reformed Nitro with Lamb of God drummer Chris Adler. The band is set to begin recording a new album in December with producer Josh Wilbur, with a spring 2017 release planned.

Here is the official press release:

“I’m not sure who keeps giving my phone number to the most talented musicians on the planet but, I couldn’t be more thrilled! I used to wonder what a metal band would sound like with all the cheat codes unlocked and well, I don’t wonder about that anymore. I’m blown away by the modern sound and groove in the material. The chaos has been harnessed and it’s incredibly heavy.” ADLER said.

States BATIO: “I can’t wait to get onstage with these guys! Inspirational is an understatement.”

“I’m honored to be surrounded by such insanely talented musicians. I mean, Michael and Chris are the best of the best. So yeah, it’s very exciting, humbling and even a little intimidating. To be honest, I’m less intimidated when I get in the ring with a 300-pound monster that wants to tear my head off!” added GILLETTE.

NITRO is currently writing and is scheduled to start recording next month with GRAMMY-winning producer, JOSH WILBUR (Lamb of God, Avenged Sevenfold, Korn, Megadeth, Hatebreed and many more). An anticipated release is Spring of 2017 with a world tour to follow.”

Chris Adler was involved in the past year of Megadeth and he was included in the album recording.  After a while he was seen at shows with Megadeth, and then left quietly from the band. Let’s see how this will end. 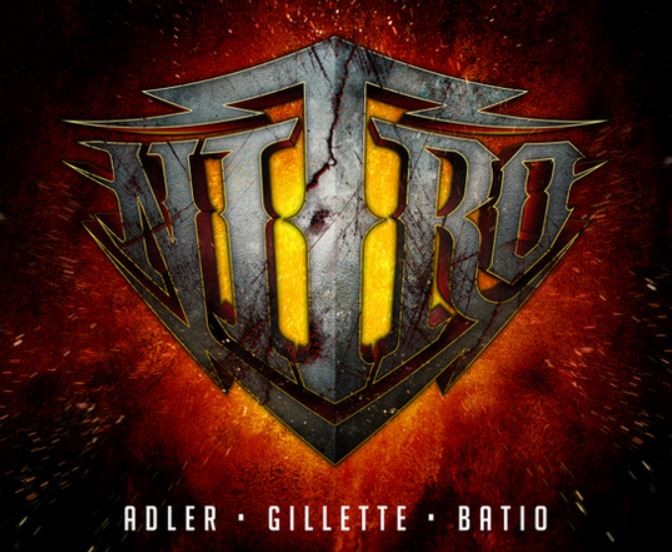