The report of IQ Magazine, Guns N’ Roses have broken the attendance record for a hard rock/metal act at Sweden’s Ullevi Stadium in Gothenburg. 64,289 people turned up to see the band perform, surpassing the record previously set by Metallica (63,036 attendees).

Guns N’ Roses performed to 64,289 people at Ullevi Stadium in Gothenburg, breaking the record of 63,036 people previously set by Metallica.

Guns N’ Roses are still going on with their Not In This Lifetime Tour that started back in the April of 2016. Last year, it was ranked as the second biggest grossing tour of 2017 with staggering $292.5 million. It was surpassed only by U2 with $316.0 million.

Click here to entire report of IG Magazine. Check the one of the performances of Guns N’ Roses’ recent Sweden show. 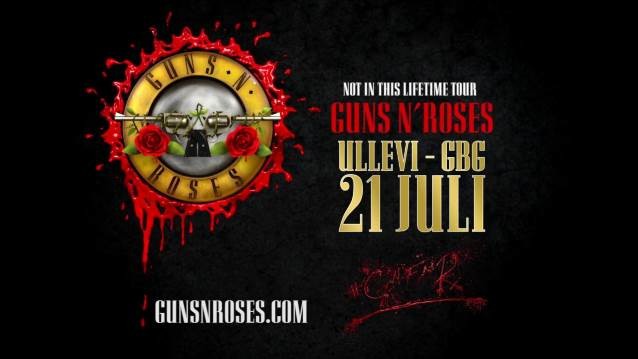