Phoenix Arizona’s HORSE HEAD have teamed up with Echoes and Dust to stream “Inferno”, their first new song in over two years. The track is taken from the band’s upcoming EP Terminal, which will be released on October 6th 2017. 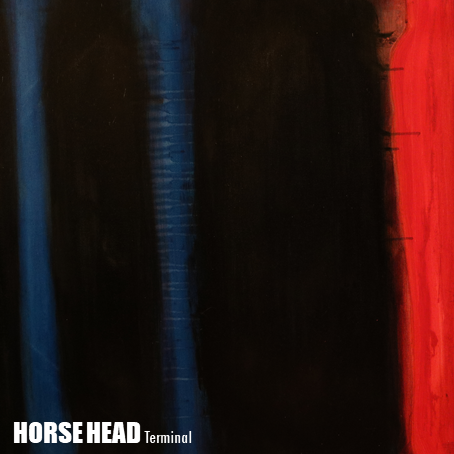 Horse Head formed in 2011 after Chris Gisriel and a few other members dissolved the band Nataraja, allowing for a new project with Wilson Hensleigh as lead guitarist, Jonathan Portnoy on bass, and Andrew Parker on the drums. A self-titled demo was released within about two years which was well-received by the Arizona metal community and sparked more writing and live performances at a long list of venues in multiple Arizona cities. Horse Head briefly disbanded but felt as though their journey was incomplete. They announced their resurrection with the September 2015 release of the crushing EP, “Missionary” that was recorded at Audioconfusion Studio.

Horse Head’s live shows were second to none. The intensity of their vocalist invoked emotion and rage into even the most introverted of onlookers. Horse Head was especially known for their “big” sound; the guitarist played through three half-stacks, and the bassist through 2 full stacks. Their drummer added a signature swing to the mixture of grunge, metal, and doom that was resultant of the member’s eclectic musical interests.

Horse Head has shared the stage with such greats as Napalm Death, Today is the Day, and Municipal Waste. Some of their most memorable shows, however, involved tiny homes, packed with metal-lovers, assaulting the surrounding neighborhood with the guitarist’s collective 304 inches of speakers, drummer’s 26 inch kick drum, and vocalist’s unearthly screams from blocks away.

For two more years, Horse Head played shows in various Arizona cities, preferring more intimate settings where they could get up-close and personal with their die-hard fans. They played their last show on June 8th 2017 at the Time Out Lounge in Tempe, AZ, and completed their musical career with the release of the EP, “Terminal”, again recorded at Audioconfusion, in August of 2017.