Metallica’s late bassist Cliff Burton will be honored with a “Cliff Burton Day” on February 10 in Castro Valley, California.

The honour came after a Change.org petition pushed to recognise Burton’s birthday in his hometown.

“It’s official! The Board of Supervisors from Alameda County has just proclaimed February 10th, 2018, which would have been Cliff’s 56th birthday, ‘Cliff Burton Day.’ Thanks to all of the fans who got behind this initiative. We love that he remains so revered.”

Burton died in a tour bus accident in 1986. He joined Metallica in 1982 and played bass for three of their records—1983’s Kill ‘Em All, 1984’s Ride the Lightning, and 1986’s Master of Puppets. He received posthumous writing credits on …And Justice for All’s “To Live Is to Die.” 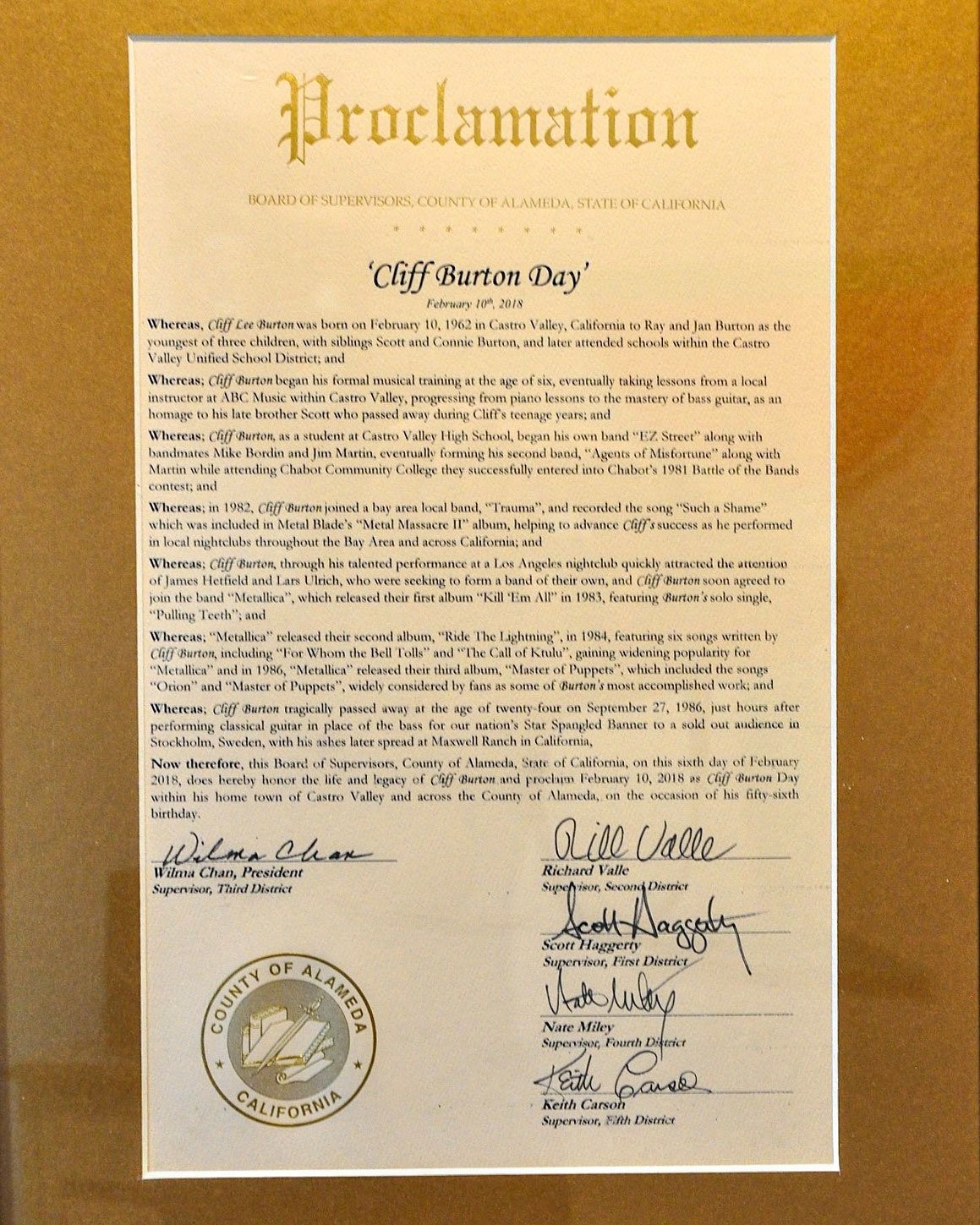