“Donald Trump and Axl Rose have shown to the world that Twitter, Facebook and the Internet just isn’t that fun anymore. For opposite reasons. Like Time magazine said: ‘We are losing the Internet to the culture of hate.'”

“Axl does not tweet at all and is the biggest rock singer on the planet. Donald Trump tweets every single day about whatever terrifying divisive thought he has in his head. Axl shows that being off Twitter is 100% cooler than being on Twitter.”

You can check the tweets from below. 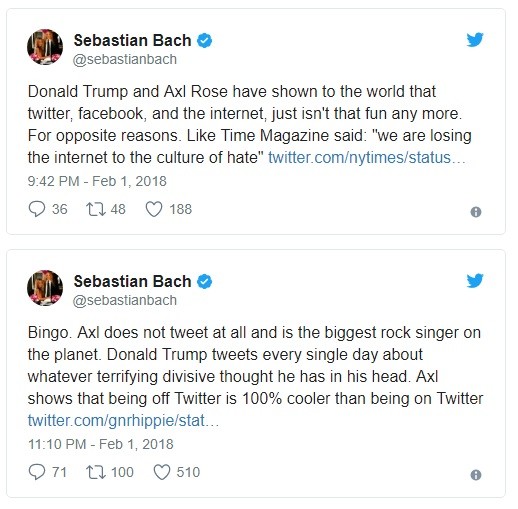