Swedish death metal band THRONE OF HERESY have teamed up with Decibel Magazine to stream their new video for “Liber Secretorum”. The track is taken from the band’s forthcoming concept album Decameron.

The band commented “”Liber Secretorum” takes it’s name from the book “Liber Secretorum Eventuum” by John de Rupescissa who foretold the coming of the Antichrist in the 14th century. He was jailed for heresy but managed to survive the Black Death and finished writing the “Liber” while imprisoned.

This is one of the most atmospheric tracks on the album. The churning mid-pace of the track conveys a sense of oncoming doom that is resolved in the final part, which is probably the heaviest riff on the entire album.

Our video producer Guilherme Henriques did a great job in capturing the bleak morbidity of the track and creating a perfect visual companion for it.” 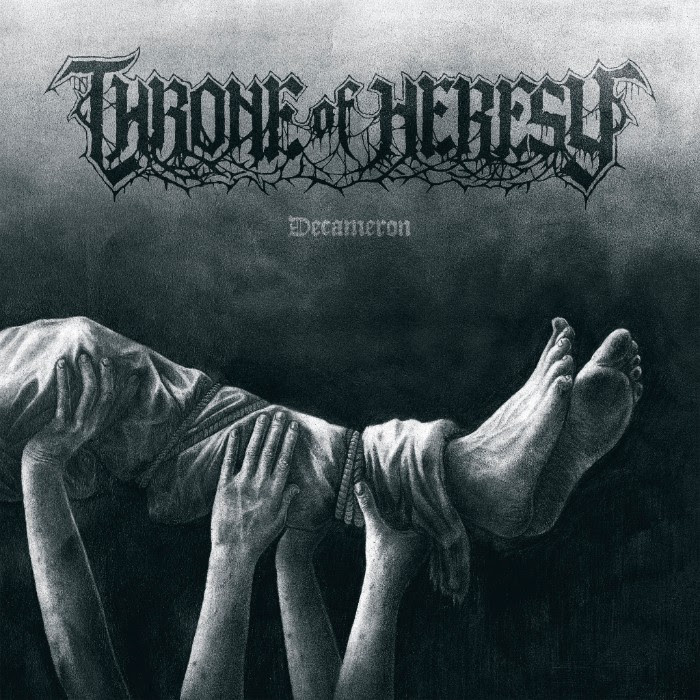