Dave Grohl is a key figure in the alternative rock scene both as drummer for Nirvana and founding member of the Foo Fighters. Apart from his career with those bands, he also co-founded the supergroup Them Crooked Vultures.Moreover, the musician recorded and toured with the band Queens Of Stone Age as well.

Grohl formed his first band when he was just 10 years old. He then dropped out of high school and played with the band Scream. Following the disbandment of Scream, the musician joined Nirvana. He first appeared on Nirvana’s‘Nevermind,’ the album which was a cornerstone of the grunge genre. When Kurt Cobain died tragically in 1994, Grohl founded his one-man project titled Foo Fighters. Since that day, the band has released ten studio albums. In addition, Foo Fighters lately introduced their cover band Dee Gees, and under that name, released a successful compilation album ‘Hail Satin.’

Along with being a prominent musician, Grohl also has other interests. For instance, he directed several music videos of Foo Fighters’ songs such as ‘Monkey Wrench,’ ‘All My Life,’ and ‘White Limo.’ Besides, he is also a documentary filmmaker who produced and directed the documentary ‘Sound City,’ ‘Sonic Highways,’ and the most recent ‘What Drives Us.’ However, the musician also has another interest which is kind of interesting: watching celebrity sex tapes.

As you probably know, there are a great number of leaked sex tapes of celebrities circulating on the internet. Along with Kim Kardashian’s or Paris Hilton’s, the most infamous sex tape was probably Tommy Lee and Pamela Anderson’s.

Back in 1994, Tommy and Pamela immediately decided to get married not long after they met. A few weeks after their marriage, the couple went on a holiday and recorded a sex tape. Although Lee put the tape in a safe after returning home, it went missing. Soon after that, the tape was all over the internet. According to Dave Grohl, he has also watched the sex tape. Moreover, it turns out he was actually a fan of it. 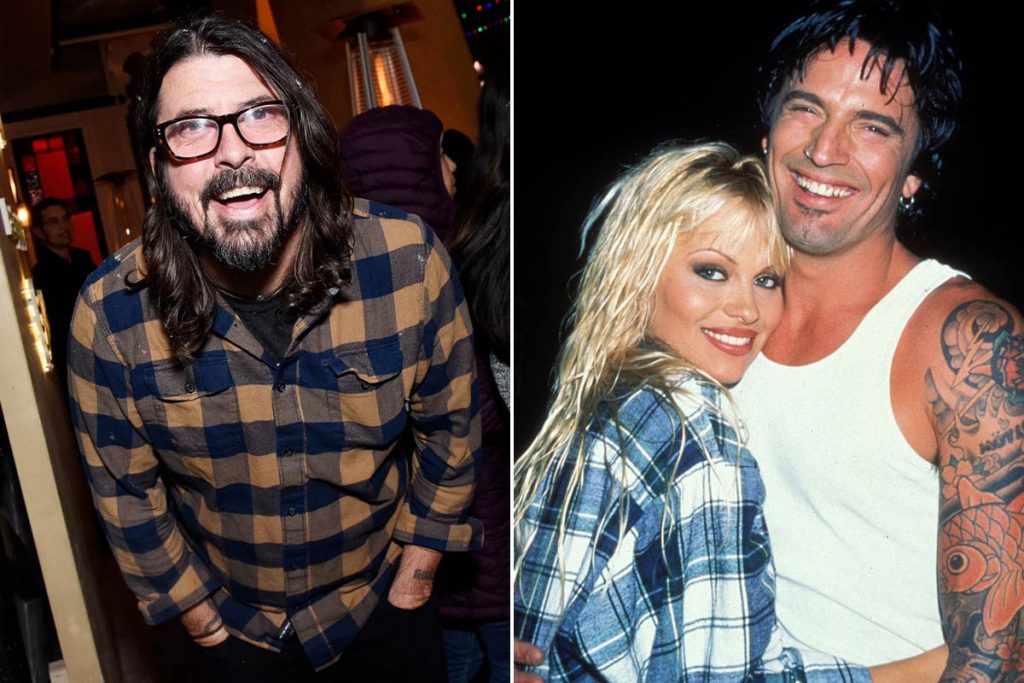 As the Foo Fighters frontman declared, he loves watching celebrity sex tapes. In an interview by The Sun, Grohl reportedly revealed his interest in ‘traditional’ sex tapes, including the famous leaked footage of Mötley Crüe’s Tommy Lee and his former wife Pamela Anderson‘s honeymoon affairs. Apart from Lee and Pamela’s, the musician also included the leaked tapes of Chuck Berry which he claimed were worth seeing.

As you may know, Tommy Lee married Pamela Anderson after knowing each other for just 96 hours. At that time, the pair married on a beach while Pamela was in a bikini. Following their marriage, the famous couple recorded their private moments while on honeymoon, and that footage was later stolen and leaked in 1995.

Talking about his interest in celebrity sex tapes, Dave Grohl also mentioned this famous tape. He argued that Tommy Lee’s sex tape is among the greatest of all time. The musician also added that Pamela Anderson’s shyness in the video was hilarious. He also talked about the Chuck Berry sex tape and said that one was pretty good.

As reported by Ultimate Guitar, Dave Grohl told The Sun that:

“Tommy Lee’s goes down as probably the greatest sex tape of all time. Pamela Anderson was acting shy! She’s acting like, ‘No way! Don’t film me!’ It was hilarious. Paris Hilton is a close second.”

“Check it out. In the name of rock ‘n’ roll, go find the Chuck Berry sex tape… It’s old so it has a very nice VHS quality to it. None of that night-vision. That one’s pretty good.”

As it seems, Dave Grohl has quite interesting preferences when it comes to pornography. Nevertheless, being interested in watching celebrity sex tapes is kind of weird indeed.